How to calculate the Depreciation on Assets

How to calculate the Depreciation on Assets


Additional Deprecation is depend on Purchases assets  during  180 days or more Purchase Less than 180 days in a year,

If asset is put to use for less than 180 days then amount equal to 50% of the amount calculated using normal depreciating rates is allowed as depreciation.  Asset put to use on or before 5th oct of the year then 100% depreciation is allowed, otherwise 50%.

let's understand this with following example in software. 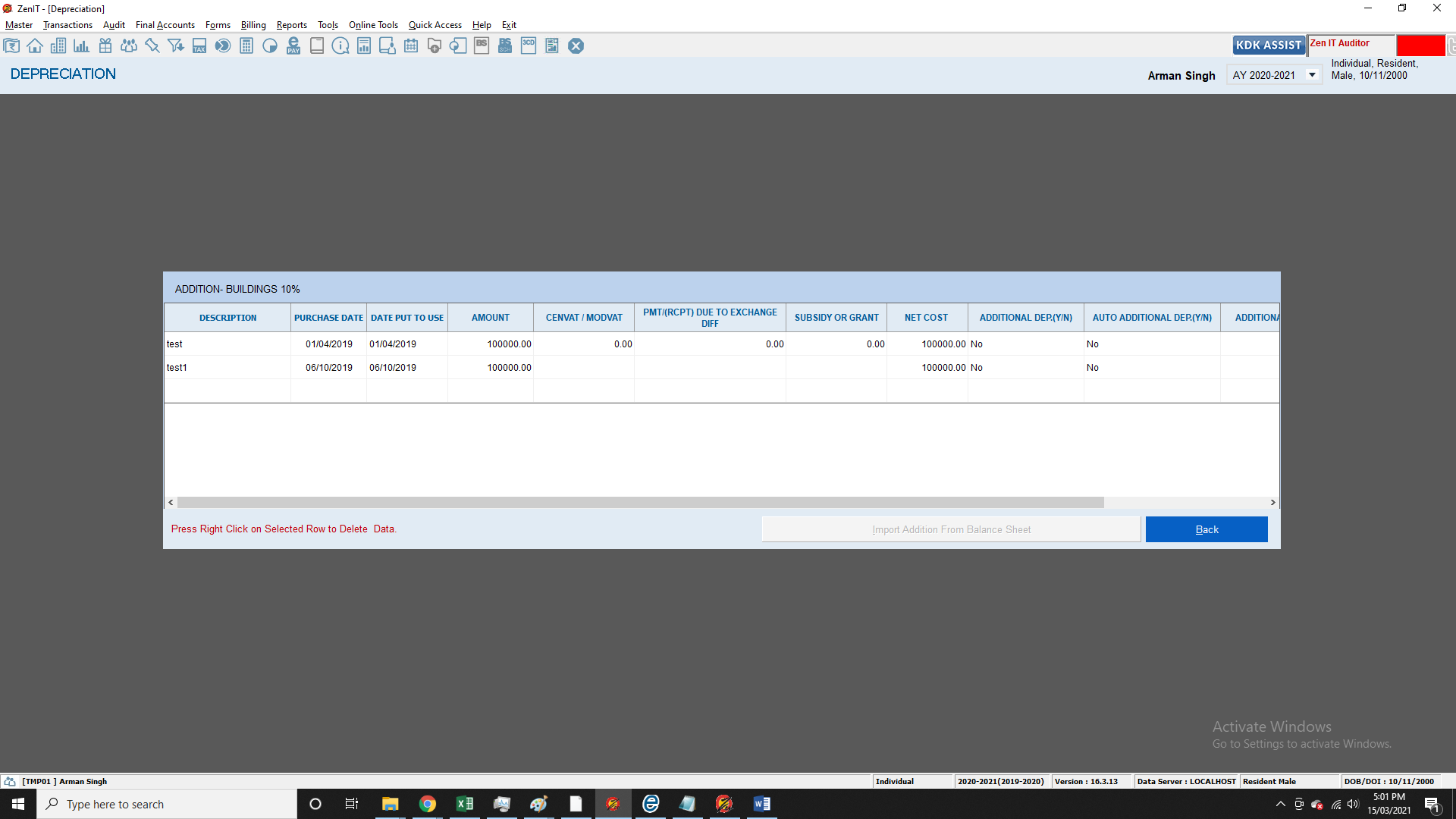